Day one of the clubroom is over. At the moment the space is in the throes of gaining an identity via suggestions for objects, furniture, atmosphere… Guests to the clubroom left their marks and designer attributes in the form of words or thoughts scrawled on paper and positioned where they should be
develeoped in the space. 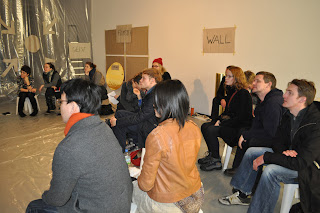 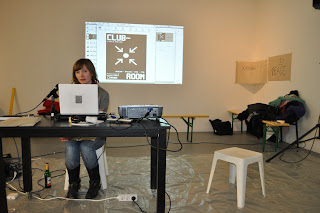 Club le Bomb was a platform for performance, music and action as well as a place where friends could get together and have fun in a city that, at the time, had a repressive and very conservative attitude towards clubbing, music and leasing spaces for events within the city centre. After having to leave the space 6 months following it’s opening, the Club le Bomb team took it on the road, touring throughout Europe and America for the next 5 years. Clubroom at the NGBK picks up on some of the experimental ideas tested out at the time of Club le Bomb, such as mobile décor and constructing the space within a space to create a ‘club without walls’ (before virtual clubs!), but within the field of the gallery and art mediation. 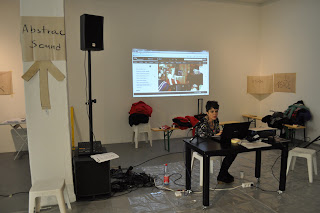 WONDERBAR is a club space run by poet and event organizer Gaby Bila Günther since 2008 in Berlin. She explained to us that due to legalities concerning the room as well as residential problems, she keeps the membership of the club to an absolute minimum but does try to provide a space for unusual and cutting edge performers to come by and present their work, even sometimes at very short notice. Gaby aims to organize further parties that stem from the core site of Wonderbar, kind of like tentacles that spread out across the city and beyond. 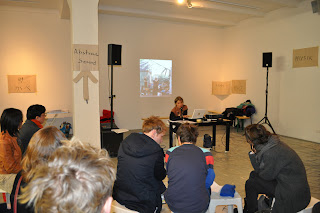 JOKAklubi means ‘any club’ in Finnish and is basically a group of performing artists, some permanent members, some not, who get together to create spontaneous, improvised series of short performances over one evening.  Niina explained to us that JOKAklubi started life as a method for her and her friends (the core member group is made up of 3 women) to get together and do things, that it doesn’t need a permanent room to function but that it does need an external audience (participative or not) and that it somehow benefits from the presence or inclusion of so-called guest stars who appear repeatedly in various circumstances. She also explained that travelling out of Berlin was quite important as somehow it was easier for her to ‘perform’ in front of strangers, thus the need for recognized audience members was not necessary but the need to have trusted members within the performance team was. 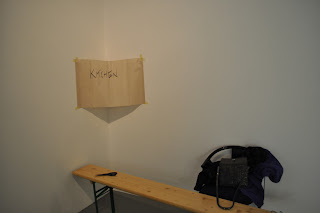 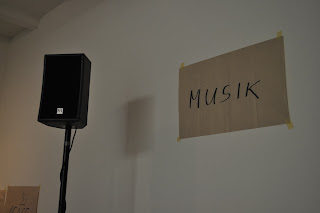 Following presentations of each of the ‘clubs’ we started a short discussion about what the important attributes of clubs are – does a club always need a room to function, should it be exclusive or have members or should it be open to all,  does it have to be notorious to get attention, what is the criteria for membership or joining a club, is it possible to run a club during the day and without alcohol provision, what are the aims of a club, is it just a place for hanging out with friends or is there a more profound political agenda behind it, what are the advantages and disadvantages of being a club proprietor and lastly how do you document your club and its events? We also discussed the advantages of designing your own club room that grew out of necessity or immediate events and surroundings rather than a desire to create a ‘cool’ or ‘different’ place to hang out and the possibility of failure within this. 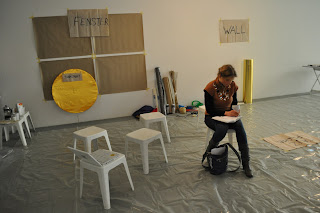 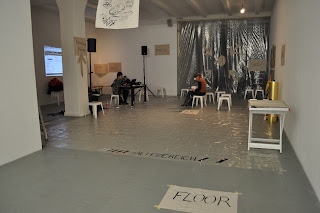 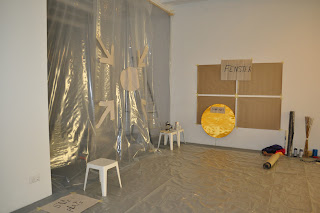 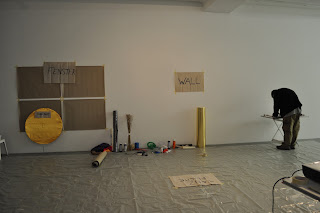 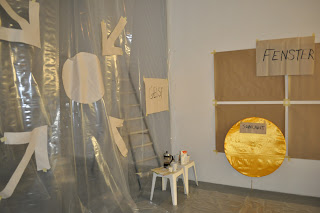 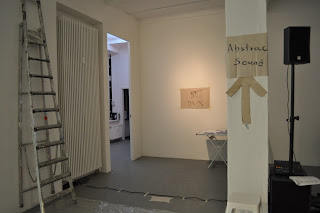 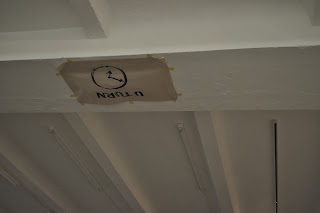