Another World in Sound and Light

At the beginning of June a workshop called 'Another World in Sound and Light' ran parallel to the exhibition 'Other Possible Worlds - Proposals on this Side of Utopia'. The workshop participants worked together in a group over two days to develop a soundtrack and animation depicting 'another possible world' stemming from their observations of the exhibition and answering the following questions: 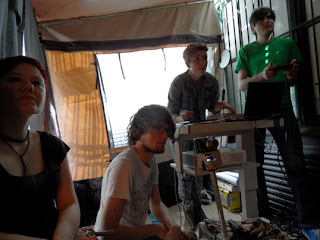 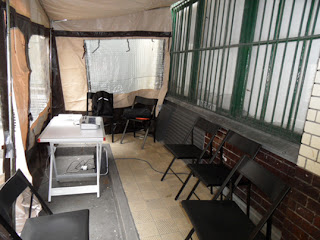 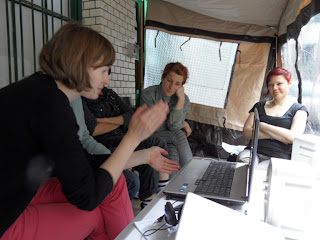 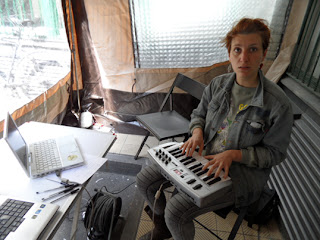 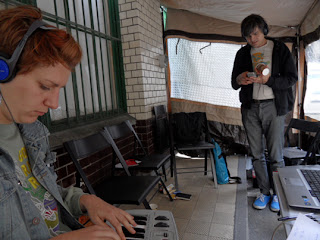 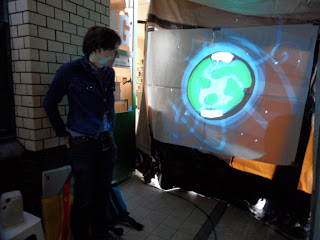 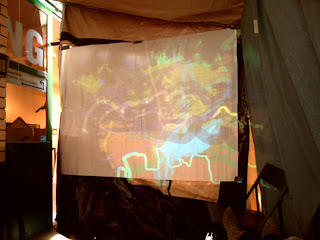 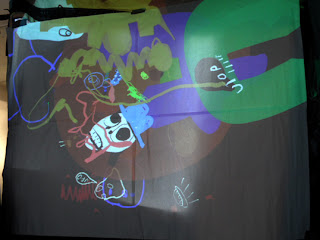 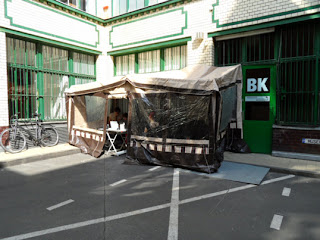 In the activity lab, which was a caravan-tent attached to the outside of the NGBK in the yard, we worked during the days (Whitsun holidays) and created a 6-minute experimental soundtrack using a combination of  found sounds, sampled sounds from the exhibition, voice and instrumentation. The following day we worked with Andreas Dzialocha from Tagtool on a live animation to accompany the soundtrack. This was filmed and is in the process of being edited - to be seen here soon!
Posted by Berlinerin at 09:54