Sunday was a stunningly beautiful day, really indicated the start of Spring. And of course the perfect day for a run in the Kombicar. Along with the artists David Smithson and Kristina Leko, Katja Jedermann from the AG Ausstellungsübernahme as a kind of Berliner ExpertIn and myself as chauffeur, a total of 20 inquisitive guests waited at their designated posts to take a ride in the car. David and Kristina had devised a kind of reenactment of their work on show at the NGBK and new passengers were handed a script on entry into the vehicle. 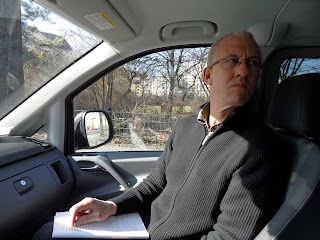 David greeted guests with a script 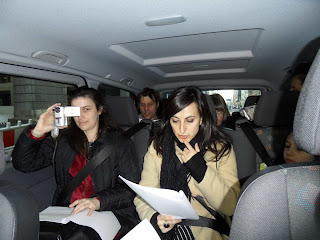 each guest was allocated a part in the script 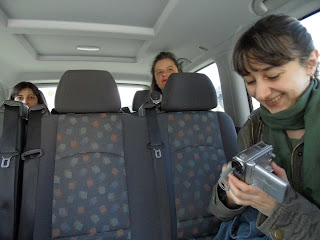 Needless to say, the dulcet sounds of SNORING were also to be heard, this time coming from the car radio itself! Each stretch would pass by a relic of American occupancy in the city - we went past the obvious ones including Tempelhof Airport, Checkpoint Charlie and Haus der Kulturen der Welt but also past a few anomalies such as a drive in Burger King in Charlottenburg that 'occupies' an important piece of 1960s architecture and the Amerikahaus which during its inception was intended as an information centre about the USA but quickly became a hub for demos in the late 60s. 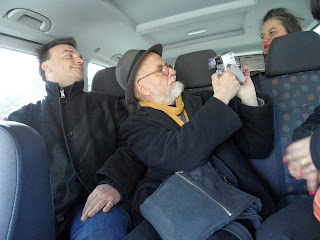 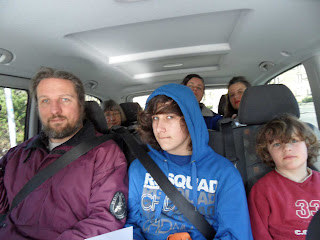 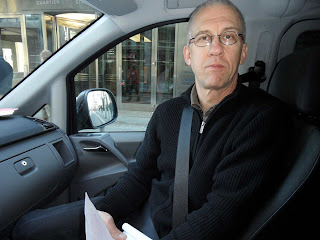 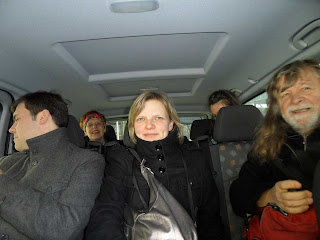 On returning to the NGBK, David and Kristina gave an hour long artists's talk, explaining the premise behind the work, discussing the activities in the car, and talking about finding out who snores the loudest, amongst other things. 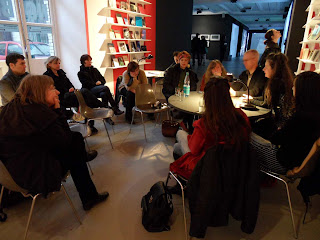