As part of the symposium about school partnerships, I am working with a class from the Kurt Tucholwsky school in Pankow on the second phase of the Clubroom project, started in the NGBK in January. This is under even more pressure of time than in the NGBK - we are occupying part of the enormous foyer at Podewil, in Klosterstrasse Berlin, and yesterday over a 5 hour stint managed to create a new stage, new walls and a new ceiling, as well as a greenhouse-filling amount of inflatable cacti. We'll again be collaborating with Andreas Dzialocha from the Berlin contingency of Tagtool on an animated program involving Feridun Zaimoglu, and a short one-song concert as well as a music quiz to win passes to the backstage area is planned for the afternoon sessions!

Unfortunately this event is not open - full capacity of 300 participants has been reached. I will be posting photos up here as of tomorrow documenting the growth of the clubroom however! Here are a couple of tasters: 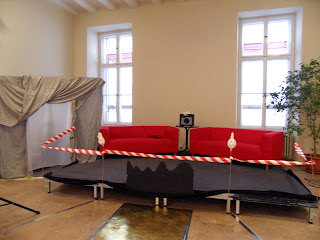 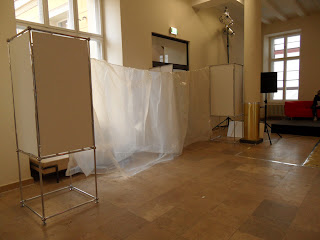 Preparation of a wall with corridor 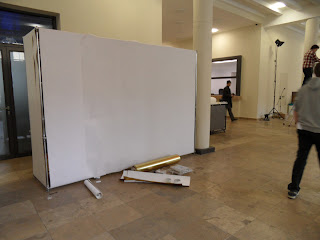