As a starting collaboration and inspired by the sound features of the current exhibition at the NGBK 'Snoring in the USA' by Kristina Leko and David Smithson, which opens tonight, I organised a preview of the show and a discussion with David for a group of visiting students from the graphic design and illustration department of Kingston University, who were over with their tutor Cathy Gale
We met up on Wednesday and had an informal chat with the artists about their work and I then invited them back the following day to participate in a workshop looking at sounds of the city and how to recreate them using their voices. A total of 12 students went out in three separate groups to investigate the immediate vicinity of the NGBK, north Kreuzberg, and took notes, recordings and made sketches of sounds that struck a chord (no pun intended) with them and somehow related to them as being very indicitive of the surroundings. They then returned to the events room upstairs at the NGBK and worked on a kind of timeline of sounds and 'character sounds' for each of them to have a go at imitating vocally. 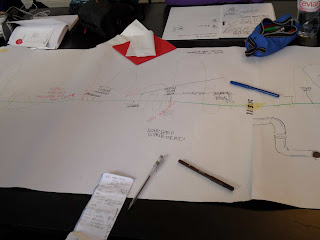 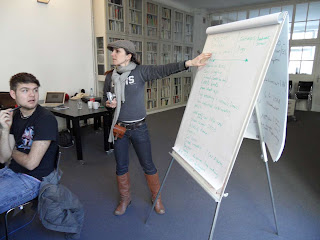 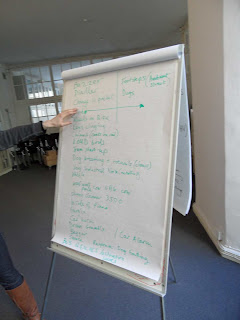 We placed a zoom recorder on the table, distributed the roles and away we went! 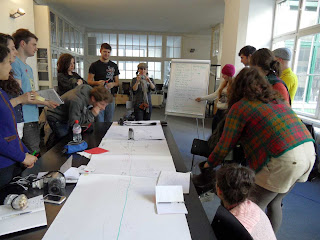 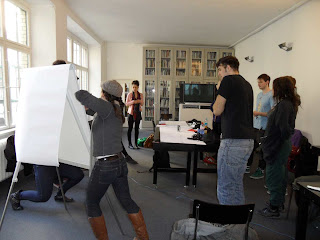 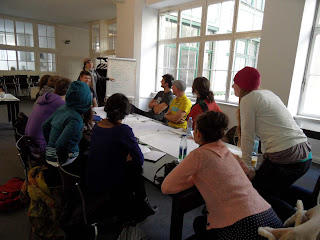 We managed 3 sets of recordings, each circa 50 seconds long, including such wild and wonderous sounds as trams starting up, buses coming to a halt, "woof woof pooch" and "cow little cow", 'clinging' keys and so on and so forth 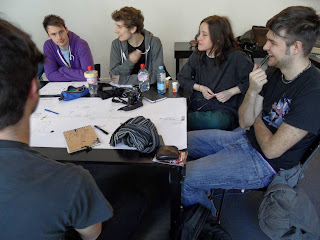 The students will take home the recordings and develop a short film based on the sounds they have created. This will be sent back to Berlin to the NGBK and screened sometime in May! Exciting!!

Thanks to Cathy Gale and her colleagues and all the participating students from Kingston.
Posted by Berlinerin at 12:56