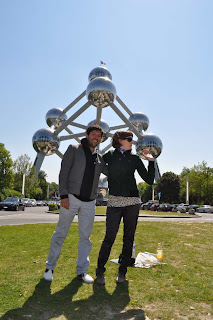 I headed for Brussels on the 29th April to work on the third and more contemplative phase of clubroom, along with Berlin based German/Costa-Rican archtitect Christian Sommer.
I wanted to bring a more professional, archtectural perspective into the project at this juncture, mainly in order to reflect upon what other facets are open to the project - perhaps the clubroom would not be as hard to imagine in a model form. Therefore I asked Christian to create two models of the clubroom, based on the layout and results of the NGBK version back in January 2011. 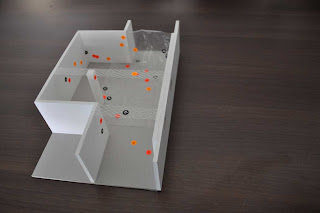 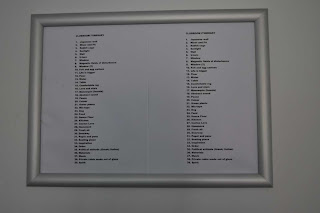 The first model depicts the section of the NGBK where 'clubroom' phase # 1 occurred and had a comprehensive, numbered inventory of all the elements and suggestions for the room placed exactly where they had been in January. The second model came about through conversations we had in Berlin about how the room could be 'imagined' further according to the written suggestions: 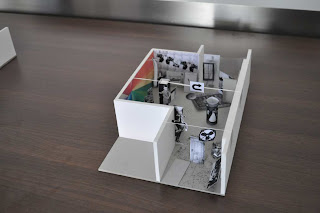 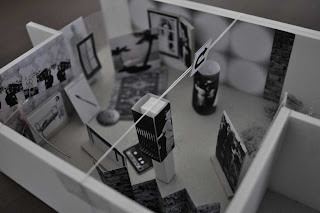 This model was more colourful and contained a selection of images and pictorial interpretations/selections for the room elements. We decided to display these models at the fair as depictive examples, as well as some documentary photos and original phase#1 elements and written suggestions. 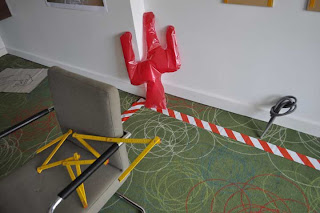 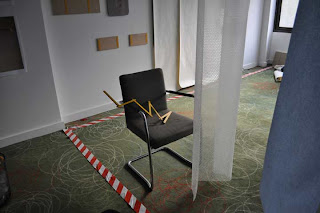 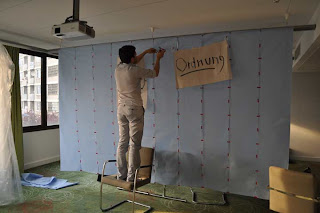 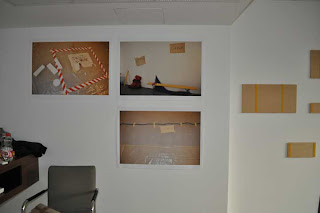 We stayed in the room for the entire 2 days of the fair, talking to visitors about the project, asking them to participate and give us more suggestions/opinions. The fair was held in a hotel in the northern part of Brussels, a rather poor part of the city, and we were in one half of a conference room - the room had certain restrictions so we had to work intuitively most of the time and try our best. Some spontaneous workshops arose, such as creating faces for the housing block across the yard that we could see from the window. 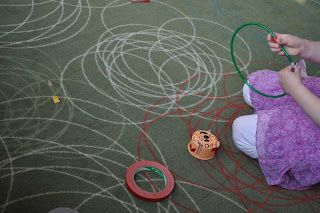 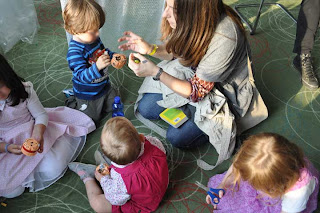 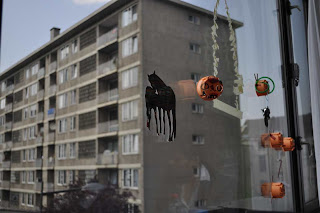 And we even had a workshop on how to 'draw the Internet' which resulted in this large drawing on the back wall: 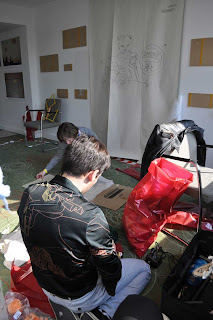 Someone from the radio interviewed us about the fair, the NGBK and our contribution... 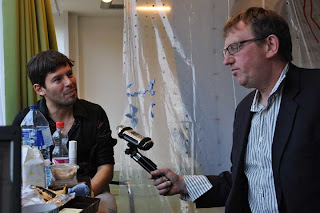 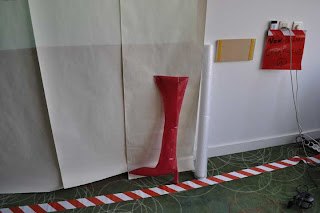 we created some new inflatibiles - for example, a boot for dancing in 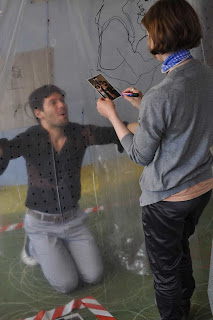 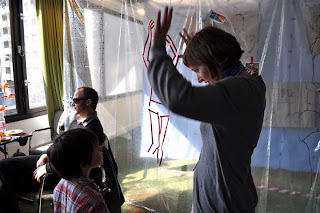 and even characters and movements for the 'tanzfläche'! 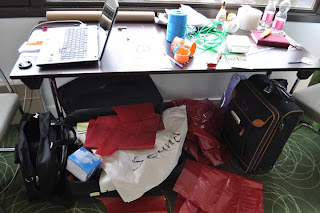